Sleep Issues Coming from a Past Life

HomeSleep Issues Coming from a Past Life

Olivia wanted a Scalar Heart Connection session because she had not been able to sleep for more than an hour or so at night, a maximum of three hours, since she was eight-years-old.

Olivia’s heart also informed her that she was disconnected from Faith, Spirit, and her Higher-Self.

Stephen asked Olivia to pick a card from a Tarot deck. She pulled the Death card. Stephen asked her if she was afraid of death. She said she has always been afraid of death and is terrified of being buried alive. She had instructed her husband that in the event of her death to make double certain that she was really dead and to immediately cremate her to make sure. Stephen asked her if laying in bed at night in the dark reminded her of lying in a grave. This made her turn white and then flushed with the realization of the connection. 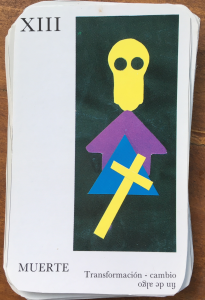 There are many ways to work with past lives. Sometimes, all that is needed is for the client to have the conscious awareness that the problem comes from a past life without going into detail. Somewhere in their subconscious they are aware of what happened and how the event is playing out in the present. Because of what came up in Olivia’s session, and because we were in her home, Stephen asked her to lay down in her bed and close her eyes. He asked her to look into the darkness and to find a doorway. Once she arrived at the door, he asked her to allow herself to pass through the door and enter her past life. As soon as she did, she said someone was there waiting for her. She said it was a man and his head was hanging low and he was not able or willing to look at her. Stephen asked her if the man wanted to be forgiven for something. She said, “Yes it seems so.” Stephen asked her if this was the person responsible for burying her alive. Olivia’s eyes began to tear and several moment later she said there was nothing to forgive, that she was okay with what happened. Stephen asked her how the man felt now that she said that. She said the man looked up and was lighter and is now walking away. Next, Stephen asked Olivia what she could see beyond the man. She said there was light and a tube or tunnel of color. Stephen asked her if she could go into the tunnel and she said, “No it is not time yet.” He asked her to walk back to the doorway. She said she was already there and that there were steps leading downward. Stephen asked her to walk down the steps back to her present life and when she was here to open her eyes.

From this exercise, Stephen asked Olivia about her view of death. She said she has always been afraid of death but now she knows what is waiting for her on the other side and isn’t afraid. Stephen encouraged her to spend time each day going to this quiet place and to feel herself surrounded by the loving presence she felt there. He also suggested that she make her way to this place each night as she falls asleep.

Olivia, who normally gets up at 3:00 am to start her day, slept in the next morning until 8:30. She reported that she is now able to sleep normally.

Have a problem falling asleep? Try the app Ask Your Heart to see what your heart has to say about the reason.