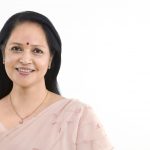 After doing the Ask Your Heart App several times and repeatedly being told by her heart that she was ‘faint-hearted,’ Lena decided it was time to do the longer version to get to the bottom of her faint-heartedness. She was experiencing tightness and pain around her heart and was becoming anxious to find a solution.

Lena lost her father nine months ago to a heart attack. Her grandmother died a few months later. She felt heaviness in her heart but couldn’t see how that was related to being faint-hearted. She recalled that her father’s father died of a heart attack after his business burned down twice. She thought her grandfather’s heart must have given up. She started to see her grandfather as faint-hearted as he seemed to lack the courage to move on in the face of so much adversity. Lena was in the process of selling her home and moving towards an unknown future. She was afraid that her grandfather’s faint-heartedness had become her own.

Lena’s Scalar Heart Connection session revealed that the Issue was being held in her Brow Chakra. The agitated emotion was: Faint-hearted (no surprise).

Lena’s heart informed her that her mind’s conditioned response was to “over-think and over-analyze.”

The Positive Message from her heart was: “I am calm and centered.”

The Meridian involved was her Nervous System and the statement needed by her nervous system was: “I trust my Inner Voice.”

The Level was on the level of Spirit. This informed Lena that her faint-heartedness was an issue of her relationship with her Higher Self, Universal Intelligence, The Divine, etc. It was related to not trusting an unseen future and the guiding hand that motivates us on an unseen path, an adventure for her greater good.

Lena’s heart told her that the Issue was triggered by an event that happened when she was 30-years-old. Lena recollected that the year was 1998, the year she decided to separate from her husband and, consequently, her son. “I had those same pains in my heart. It was horrible. I started to lose faith and didn’t know how to move forward. All I had left of my son was the pain in my heart. But it all turned out okay in the end.” Lena got the insight that maybe her mind thinks it is helping her to feel connected to her father and grandmother through the pain in her heart. “Now I am afraid I might be connected to my father and grandfather’s heart attacks. It is a creation of my own mind,” she says. “Keeping me from realizing there is no such thing as separation. It is an illusion.”

Her facilitator asks her to apologize to her heart for the pain her mind created. “I can’t,” Lena says.

“Breathe deeply and allow the breath to carry the flow energy with it between your head and your heart,” says her facilitator. “I can see it now, but only when I am breathing.”

Her facilitator applied a few drops of Brow Chakra Essential Oil to her brow, throat, and heart. With her eyes still closed, Lena listened to a Quantum Healing Code.

“When your head and heart are at peace you may open your eyes.”