A T-shirt: the Gift of Love

HomeA T-shirt: the Gift of Love 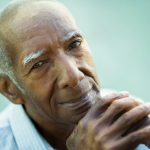 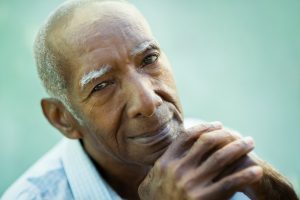 During a Healing Circle with Stephen Linsteadt and Simone Arrojo, Antonio was called to have a session. He said he wanted the session because he felt stuck in a situation. “I can’t finish it and I am agitated about it,” he said.

The Scalar Heart Connection process showed Antonio that the Issue was held in the Solar Plexus Chakra.

Antonio’s heart showed him that the Emotion that was causing the disruption in the solar plexus chakra was “Depression.”

The Negative Mind Belief that was playing in the back of his mind was: “I feel anger and resentment.”

Antonio’s heart wanted to replace his negative mind thinking with a new and Positive Belief: “I am spontaneous and flexible.”

The Level that Antonio’s Issue was being held was shown to be on the Psychological level and the specifically: “Obsessive Compulsive.” Antonio said that this might be true.

Antonio’s heart showed him that the Early Experience from where the problem was coming from was Genetic/Ancestral, specifically related to his father, which generally points to the need to do a family constellation.

Father begins to feel sad and says his heart is beating rapidly. He holds his chest and looks down.
Self goes outside the healing circle and looks away.
Someone from the audience enters and lies down in front of Father.
Simone to Antonio: “how was your childhood?”
Antonio: “Very well. My parents fought a lot. I didn’t think my father really liked me very much. My mother passed away. I fought with my father because he made jokes about me. We have to get along because we are all that is left of the family. He left and we don’t speak anymore.”
Simone: “Your representative is now looking out the window at the park. He wants to look at the light. He wants to be happy. Did someone die in your childhood?”
Antonio: “My brother died. He was still born. My mother had many lost babies.”
Father to Self: “You need to know more about your own history.”
Situation: “The death of his brother touches me.”
Antonio enters the circle and stands looking down.
Simone: “There might be someone else who died.”
Antonio: “My grandfather fought in the war. The sun is all that gives meaning to my life. If I could I would go there. I don’t know much about my father’s family. He never talked about it. There is no space for questions.”
Simone: “There is something very hard in your father’s history. That is why he is so hard. Did you and your wife ever try to have a baby?
Antonio: “Yes, but we could never get pregnant.”
Simone uses the Ask Your Heart App for the Father. 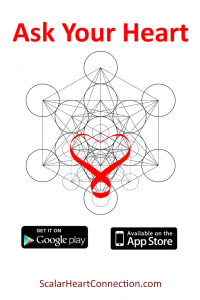 Simone to Father: “What is the issue with your feet? What is the connection with feet? Why does he look at his feet?”
Positive Heart Message from App: “I have healthy relationships that are mutually beneficial.”
Simone: “Something related to sexuality.”

Father: “Something related to a child. I feel like I am pregnant, even thought I am a man. Someone is pregnant.”
Situation: “Something with the Father.”
Antonio: “There is a story with my mother. She was married before and ran away with my Father. She fled with my Father. My father is black. We can’t even ask where my father used to live. We can’t ask anything. My mother still goes by her ex-husband’s name. The ex-husband is still there at this city. I did prayers for this man, tried to reconcile with him. My father looked at me the way he looked at this ex-husband. I found out that this man died in 2010. Maybe the first son was still born because of him. There is an uncle also. I look at him like a father. He is the brother of my mother. He died when the ex died. They were very connected. He lived with us for four years when my mother got sick.”
Someone comes into the circle as the Grandfather (father of Father).
Grandfather: “Your Father was an orphan. He was given to your Mother’s family as a slave. Your mother fell in love with him and they ran away together.”
Self (representative of Antonio): “I am very cold and very sad. I never felt this way. I don’t have a place to be. I can’t go anywhere.”
Simone to Antonio: “Go to your Father and say, I am the fruit of a great liberation. I represent the first generation that is free.”
Antonio repeats.
Father crouches and lowers his head. He can’t look at his son.
Antonio: “We came from the slaves. You opened a light portal for me, a portal of liberation.”
Father drags his left leg around the circle.
Father: “I am very closed. I close my ears and I don’t want to hear anything.”
Antonio: “I don’t feel like I am the first one. My father isn’t free.”
Simone: “Your Father conquered freedom and gave that to you.”
Antonio: “I don’t feel like that.”
Someone enters the circle to represent Mother Africa.
Situation leaves the circle to bring Father back to the group.
Mother Africa stands facing him.
Simone uses the Ask Your Heart App for Antonio.

Antonio to Father: “I fear you will die and never give me that hug.”
Antonio: “I bought my father a t-shirt and a jacket but I never gave him anything because I am angry with him. There is no excuse. My father never had a birth certificate. I don’t even know my grandparents.”
Simone: “You can tell your father now. I am waiting for your hug.”
Antonio to Father: “I wait for your hug. Dear Father, I love you.”
Father: “Slaves are trying to regain dignity. Maybe you should study history to see what we suffered. I gave everything. I left everything behind.
Simone: “There is still a lot to heal. There is no hurry.”

When Antonio returned to his seat next to Stephen he said, “I don’t know exactly how I feel. It is very good to be ourselves. I am happy to be myself in front of all of you.”

Returning to the Scalar Heart Connection session, Antonio’s heart showed him the Mind Resistance: “I have to be better than I am to be loved.”

Antonio now understood where this belief was coming from. He said, “I went from the grandson of a slave to being a medical doctor. My history shows the power of a great conqueror. Now I am the doctor who people come to for healing. My father has given me great strength to do my work.”

Three months later, Antonio told the story that on the same evening of the day of this session he received a phone call from his father. He hadn’t heard from his father in over seventeen years. His father told him that he was calling because he bought him a t-shirt and wanted to give it to him.