When Daughters are Held Back by Their Mothers

HomeWhen Daughters are Held Back by Their Mothers 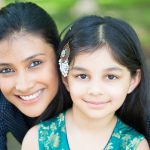 Denise was in the process of organizing a large and important event and wanted to attract an overwhelming attendance. She wanted the marketing and promotion process to be easy, fun, and successful. She wanted a Scalar Heart Connection session to find out from her heart what was holding her back.

Denise’s heart showed her that her problem was coming from disharmony in her Brow Chakra. Specifically from the Emotion of feeling “faint-hearted.” Her heart showed her that her faint-heartedness was coming from her mind’s belief that she was disconnected from her heart’s intuition and higher knowing. Essentially, she was not trusting herself. She said that the event had been postponed twice and for that reason she was not feeling confident.

When Denise asked her heart for guidance it showed her the statement: “My thinking is focused, and I have a clear vision.” Her heart also reassured her with the statement: “I face the future confidently knowing a benevolent Universe supports me.”

Next, Denise’s heart told her that what was unresolved in her Issue was related to “Self-Esteem.” And, the source of this feeling was coming from something unresolved with her mother. Her heart told her that what she needed in relation to her mother was “Freedom from Confinement.” Denise explained that her mother tries to enter her personal space too much. “She wants to know everything in my life. Even though she lives close by, she is upset if I don’t call her at least once a day. It is always mom, mom, mom. I feel controlled and not independent. My mom tends to say bad things about my father, even though he passed away last year. I try to tell her that her anger towards my father belongs to her, but somehow that is not enough. Yes, I feel somewhere in this it affects my self-esteem.”

Denise’s heart showed her that there was a trigger around “Smell,” that there was something in an odor that sets these unresolved feelings in motion. She said the only smell she could think of was related to articles of clothing worn by her father. This brought up tears and feelings of missing her dad.

The Archetypal Hero Pattern that Denise’s heart showed her was the pattern #2-6-8. This pattern placed her Issue in the Second House which indicates that she was concerned more about her personal comfort than embracing the challenges life brings us for growth and evolution. Her challenge or Obstacle, found in the Sixth House, was to move out of judgmental thinking and to go beyond her individual personality or family system. How to do this (the Action) was found in the Eighth House. Here, in the Eight House Denise was encouraged to move forward by overcoming feelings of guilt or shame. It is about going deep into the feelings they have learned to ignore.

Denise said her father had an affair and that she felt shame about that and agreed that it was something she repressed. “I am carrying my mother’s shame. She needs constant reassurance and has low self-esteem because of what happened.”

Denise’s heart showed her that her mind resisted moving forward with her life because it felt that “being invisible was safer.” Denise said, “I tend to be anti-social. It started after my father’s incident. I don’t promote myself. Here I am trying to market and promote an event, but I hold myself back from being seen. Now I see where this is coming from. I need to stop carrying my father’s guilt and my mother’s shame.”

To fully embed this new and positive belief into all the cells of her body, she listened to the Quantum Healing Code interval of #417 and #528 (the frequencies of the Water Chakra, related to mother and healthy feelings of belonging, and the Heart Chakra).

To Integrate the session, Denise’s heart asked her to surround herself with the White Light of Unconditional Love.

Children flourish in the world when they feel supported by the father to adventure and achieve and also have the mother’s emotional blessing to leave the nest. Much has been written about ‘Mommy’s Boys’ and ‘Daddy’s Girls,’ but when mothers require emotional support from their daughters it can create a conflict in the young women whom might ordinarily thrive in the world. They may hold themselves back from an unconscious feeling of guilt or loyalty. We see this in situations where daughters in their late twenties and early thirties are still living at home under the mother’s influence. In other instances, we see mothers who call their daughters once or more a day. This subtle form of control and neediness makes it difficult for the daughter to freely live their own life. It is essential that this behavior comes to light so that the daughter can break the spell.