Uncovering the Secrets that Scars Hold

HomeUncovering the Secrets that Scars Hold 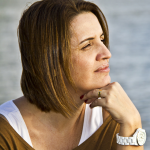 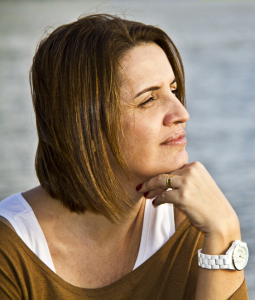 Practitioner Case Study with Simone Arrojo, Family Constellations Facilitator.
Kaylen said she was troubled by a lack of self-confidence. She said “I must realize some things in my life, but I haven’t manifested them yet. I also have two difficult health situations. I feel I have a mission in the world but I am held back by self criticism.”
The Scalar Heart Connection process showed Kaylen that the Issue was held in the Throat Chakra.
The Quantum Healing Code for the Throat Chakra is #639. This pattern informs us that issues with mental health or a sense of well-being can arise from mind-brain conditioning that judges self and others. We are called to realize that we do not have anything to prove and that we are connected to the Divine.

Kaylen asked her heart to show her a number related to the Emotion that was causing the disruption in her throat chakra. Her heart showed her the number related to: “Grief.” Kaylen said that many people in her family were excluded. “Children of my grandmother were left behind.” She felt this was a big source of grief for her and her family.
The Negative Mind-Brain Conditioned Belief was: “I feel rushed.” Kaylen said she often feels like life is rushing her.
In order to shift out of the feeling of being rushed, Kaylen’s heart showed her the number related to the Positive Heart Response and the statement: “I am powerful.”
The Organ weakened by grief and feeling rushed was the Lungs. Kaylen’s heart showed her the statement her heart wanted in order to strengthen her lungs: “Prosperity flows to me and through me.”
Kaylen’s heart showed her that her Issue was held on the Psychological Level, specifically: “Over guarding and over protecting.” Kaylen said she wants to do big things in the world but is afraid to go out there and try.
Next, Kaylen’s heart led her to the Earlier Experience that is the source behind her feeling of lacking confidence. Her heart led her to Collective Consciousness. This informed us that Kaylen’s issue is universal. It also suggested that the source could be found in her family system consciousness. Before we started a family constellation, we asked Kaylen to ask her heart to tell her what is missing in the family system consciousness. Her heart showed her the number related to: “Creativity.” She said she is a composer and the statement felt good. “It feels like love.”
We also wanted to know if there were any Memory Triggers. Kaylen’s heart showed her the trigger: “Scars.” She said she has a scar on her chin from an accident. She also has two scars below both breasts from reduction surgery; one on her throat; three others from C-sections; and another from a tumor that was removed from her pancreas. While thinking about her scars she informed us that she also has scars on her liver from hepatitis C.
It felt appropriate, based on the number of scars, to proceed with a Family Constellation. Simone began the constellation by asking Kaylen to choose people to represent her scars: chin, tonsils, breasts, and pancreas. She also asked her to select someone to represent hepatitis C.
Simone asked each of the representatives to stand in a row and for Kaylen to stand in front of each one, one by one.
SIMONE to KAYLEN standing in front of tonsils: Say to TONSILS, “I am protected and I am able to express. Even if I express who I am, I am protected.”
KAYLEN repeats.
SIMONE: “At some point someone in your family system could not speak.”
SIMONE to KAYLEN: “Say to TONSILS, “You, tonsils, represent this memory.”
KAYLEN repeats.
TONSILS waves for KAYLEN to come to her. They hug.
SIMONE: “It is important that everyone feels protected to speak. Many people in Brasil and elsewhere in the world don’t feel protected to speak.”
SIMONE to TONSILS: “How do you feel?”
TONSILS: “There is a strong pain in my heart.”
KAYLEN: “That just made me think of my grandmother.”
SIMONE to KAYLEN: Say to Grandmother: “Now women can speak.”
SIMONE: Say to all of your grandmothers who could not speak: “Now women can speak.”
KAYLEN repeats.
KAYLEN moves to stand in front of scar on CHIN and looks deeply into her eyes: “There is a connection with the age I was when I got this scar. I was seventeen. My father had a son outside the marriage. It was a family secret until a few years ago. When I was seventeen, I broke my chin.” SIMONE to KAYLEN: Say, “Everything is okay to the half brother.”
KAYLEN to CHIN/HALF-BROTHER: “Even if it was a scandal for the family, you are welcome. I go beyond judgment and I give you a place of love.”
KAYLEN moves to BREAST scar: “I feel sorry. It was the weight of the feminine that I needed to reduce you.”
BREAST cries and KAYLEN comes to hug her.
SIMONE: “This is from breasts feeding so many children.”
BREASTS: “My hands are heavy.”
KAYLEN: “I see the weight that many women carried.”
BREASTS to KAYLEN “You were very brave.”
KAYLEN: “Thank you!”
KAYLEN stands in front of PANCREAS scar. HEPATITIS scar is standing behind PANCREAS scar looking like twins. They look away to a distant place or person.
KAYLEN: “They make me think of two granduncles from Portugal on my Father’s side.”
Father enters and His Father (grandfather) enters. What Happened and Who/Where They Look also enter.
FATHER: “This weight doesn’t belong only to me. It doesn’t belong to her either (pointing to KAYLEN).”
KAYLEN: “When my Grandfather came to Portugal with his wife they left two children behind. The children were his wife’s. They didn’t belong to him. He promised to bring them later but he never did. Recently, I went to Portugal and met my cousins and I brought my Father also.”
SIMONE: “The one THEY LOOK AT might be the Grandmother.”
KAYLEN to GRANDMOTHER: “I gave you a place for your pain in my body. I don’t have any pain in my body, thank God, but secretly I gave them a place. Now I see this belongs to you.”
FATHER: “I feel buzzing in my ears.” He strokes PANCREAS/TWIN who is now lying on the ground.
SIMONE: “Was there a war?”
KAYLEN: “My cousin (a twin) went to war to fight in Angola.”
FATHER: “There is something dirty there.”
[Ask your Heart App]

Simone uses the Ask Your Heart App for FATHER.

SIMONE: “What is missing is humbleness.” FATHER to TWINS/STEP BROTHERS: “I followed the flow of my life and I left you behind. And now I see how long you had to wait. I abandoned you! Now I see.”

KAYLEN to FATHER: “What is yours is yours and what is mine is mine.”

SIMONE plays a Quantum Healing Code from the App to harmonize.
***
[Return to Constellation]
FATHER: “I feel tenderness towards the Twins.”
TWINS: “I feel fine now.”
KAYLEN to TWINS: “You were not a burden or a pain in the ass. For me you are not a burden.” KAYLEN cuts the cord; to FATHER: “What is yours is yours and what is mine is mine.”
SIMONE to KAYLEN: “Is there another movement you want to make or is it good here.”
Someone enters from the audience to represent Life.
LIFE looks at the whole group.
KAYLEN turns to look at LIFE and they stand close, facing each other.
LIFE and KAYLEN sing together: “It’s life. It’s beautiful. And it’s beautiful to live and not to be ashamed of being happy. The beauty of being an eternal apprentice. I know that life should be a lot better and it will be, but that won’t stop me from repeating: it is beautiful, it is beautiful, it is beautiful. What is life all about? Is it a heartbeat? Is it a sweet illusion? Is it wonder or suffering? Is it joy or lament? Some say that our life is nothing in the world, shorter than a second. Some say it is a deep divine mystery. It is the breath of the Creator and an act full of love.”
Everyone in the circle joins Kaylen and Life in dancing to the song and next the audience joins also: “And it’s beautiful to live and not to be ashamed of being happy. . . “
[End of Session]
Commentary: Guilt and exclusion in the family system prevented Kaylen from moving forward in her life. Kaylen had become entangled in her father’s guilt and shame. This made her feel unworthy of having good things, to be successful, and happy. The burden of heartache from her grandmother was too heavy for her to carry and consequently Kaylen felt stuck in life. Ordinarily, a Scalar Heart Connection session will end with a Positive Statement and a Quantum Healing Code to support the new resonance of  her statement, which was: “I am powerful.”  In this case, the Family Constellation moved the old energy right through and Kaylen was immediately light and happy and full of joy. That was all that was needed and a beautiful way to end the session.
0