The Stress of Making Decisions 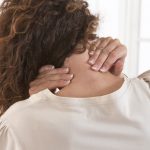 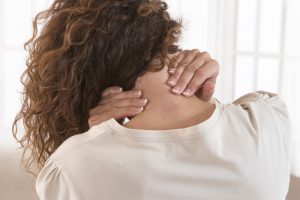 Claudie wanted a Scalar Heart Connection session to ask her heart what was behind her recurring headaches and high blood pressure. Her husband recently passed away and she was confronted with decisions about what to do with her house and creating a means of income. Friends and family were giving her contradictory advice, adding to her stress, made her anxious, and, she felt, contributed to her physical symptoms. She admitted that part of her welcomed the differences of opinion from others because it made her feel alive.

Claudie’s heart showed her that this situation was creating disharmony in her Pelvis Chakra. Her heart showed her the specific Emotion that was out of balance was Lust. Stephen explained that lust is what we experience as a strong desire for something we think will satisfy us, but it always leaves us wanting more. Sex falls into this category for some people, but so do alcohol cravings, a lust for money, power, etc. As an enneagram personality type, the lust type is often someone who has given up on being loved. This is a belief often stemming from childhood while growing up with an abusive mother or father. The compensation is to feel love through pleasure, mostly in the excitement found in the pursuit of pleasure. And, the more forbidden the pleasure the more exciting. Excitement makes us feel alive and compensates momentarily for what is missing, even if the excitement is derived from conflict with others. This is the oppositionist, who craves the excitement of controversy and making others angry because it makes them feel alive. Lust, however, can also be a strong desire to do something, like Van Gogh’s lust for painting. Claudie said she wasn’t sure about the reason but always had a strong desire to be a nurse.

The next step in the process is to find the Negative Mind-Brain conditioned belief surrounding the unresolved Emotion. It is our mind’s subconscious belief that gives rise to the problem in the first place. Claudie’s heart showed her the number related to the statement: “I am uneasy and anxious inside.”

Claudie’s heart wanted to replace her mind’s need to be anxious with a Positive Heart Message. Her heart showed her the statement: “I am whole and complete just as I am.”

The issue of stress and anxiety had also placed a stress on an organ. Claudie’s heart showed her the Organ affected was the Kidneys and the statement needed to strengthen the Kidneys was: “I trust the decisions I make.”

We also learned from Claudie’s heart that the Level of the Unresolved Issue was: “Spirit.” Her heart was asking her to connect with the inner guidance from Spirit and to trust that small voice from within herself.

Now we wanted to know what happened in the past that contributed to Claudie’s belief system that making decisions is stressful and helps her feel alive. Her heart showed her that the Earlier Experience was: Genetic/Ancestral. Specifically, it involved family members before her grandfather on her father’s side. Claudie recalled that her grandfather immigrated from Germany. Some years after he left, two brothers in Germany were killed in the war. Claudie said they didn’t die in the war per se, but died later from their wounds. “They needed a nurse.” Claudie now saw her unconscious connection to the two dead brothers as well as to their mother’s suffering. Stephen asked Claudie to place a hand over a figurine representing her grandfather. Claudie said she could feel his sadness. “In some strange way, he felt that his brother’s death had something to do with his decision to leave Germany.” Next, she placed her hands over the figurines representing the two brothers. Stephen asked Claudie to represent the brothers and to tell her grandfather that his decision to leave Germany was not the cause of their death. They reassured her that making decisions is not dangerous and asked her to leave their fate with them. Claudie was also able to feel the sadness from her grandfather that made him unavailable to her father. This was the same unavailability that she felt from her father – the missing love she craved.

Claudie said she now understood where the conflict around making decisions was coming from. She felt more integrated within herself having connected with her grandfather’s family. “I can now have confidence in the decisions I make and I can take time to make decisions. I can also listen to what people say and not feel anxious about it.”

Claudie created the Positive Statement: “I am confident in the decisions I make and I make them with ease.”

The next step in the process is to check with our mind to make sure our mind is going to support the new belief from our heart. This is the Mind Resistance to what our heart wants. Claudie’s heart showed her that her mind was still thinking: “If I change, I will not be loved.” This is a typical mind response when it has been conditioned to believe that it will be loved only through its loyalty to the family belief system. In this case, by maintaining the belief that making decisions is dangerous and can lead to someone’s death. Claudie reminded herself that her grandfather had a mistaken belief and said she is now willing to let that go.

With her mind now fully behind her new Positive Statement, Claudie asked her heart to show her a number related to the Quantum Healing Code. Her heart showed her the single note – 852. This is the frequency of the brow chakra, helping us to connect with Spirit and trust our innate knowing.

Claudie’s heart showed her the Positive Action she needs is a neck massage.

* People who receive Scalar Heart Connection sessions from others take responsibility for consulting the health professional of their choice regarding all matters pertaining to their physical, emotional or mental health. Those who attend Scalar Heart Connection workshops use the material for themselves, friends, or for professional use in accordance with the laws of their state.