The Heart Opens the Way for Mother and Daughter to Bond 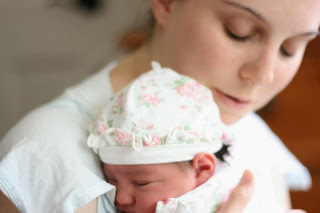 Melinda felt disconnected from her infant daughter. She wanted to do a Scalar Heart Connection session around bonding with her child, but at the last minute she changed it to “bonding with my mother.”

The chakra/emotional center holding this issue was the heart. The archetypal pattern of the heart center is 5-2-8. The number 5 relates to the fifth house of Leo, the lion, the manifestation of personal power and creativity. The second house is the house of personal resources and strengthening the sense of self-worth. The eighth house is the house of hidden unresolved emotional issues from the past. The pattern was asking Melinda to regain her sense of self and realize her full potential in society. Her obstacle was the feelings of guilt and shame coming from unresolved issues of the past. She was asked to be reborn into a state of unselfish love and willingness to sacrifice her ego for the sake of others.

Melinda picked the number related to the emotional quality and received the statement: ‘Possessive.’ She recognized this as her possessiveness of her childhood trauma and not being able to let go of her history. The negative mind-brain statement was: ‘I feel trapped.’ Melinda said she was trapped in her possessiveness of her past. Her heart, on the other hand, gave her the statement: “I love myself and others unconditionally.’ She also received a positive mentor statement from her lungs: ‘I am in synch with the natural rhythms of life.’ Melinda explained that although she is a professionally trained singer and knows how to breathe properly, she tends to be a shallow breather. She added that she often has pain in the area of her liver and feels tense and in the area of her solar plexus. The heart and lungs are separated by the diaphragm, which she is trained to utilize when singing. However, when the heart center is constricted, the anxiety can become symptomatic in the area of the solar plexus or celiac ganglia. Perhaps her heart wanted her to release the emotional issues constricting her heart so her diaphragm would open.

Melinda then picked a number related to the Level of the mind-body-heart-spirit holding this unresolved issue. She chose the number corresponding to: “Psychological.’ The level statement under psychological was: ‘Depression.’ She said she has dealt with depression her whole life.

The Earlier Experience was: ‘Genetic/Ancestral.’ She said her mom may have been depressed as far as she knew and was always looking for ways to run away—avoid bonding with her. The Unmet Heart Need from this earlier experience was: ‘Contentment.’ Melinda could relate to how her desire to bond with her mother left her discontent since early childhood.

In the online version of Scalar Heart Connection, there is a section for Triggers. These are the places, people, things, etc., that trigger our cellular memory of past and unpleasant events. Often we may respond to triggers negatively without being aware of where the reaction came from. For Melinda, the trigger was: ‘Dreams.’ She clarified this and explained that she mostly daydreams. By daydream she meant that it was easy for her to think about something and be able to see it clearly in her mind’s eye. Mostly, she explained, she daydreams bad stuff. “I ask myself why I spend my energy doing that.”

When it came time to create her Positive Statement, she questioned whether she could give up the memory of her mother as it was all she had left of her. “I will lose her if I don’t have at least her memory,” she said. She thought about honoring her mother’s memory through her infant daughter, but said she didn’t want her baby to see her shame and fear. “This is the reason I don’t look at her in the eyes; why I don’t bond. I don’t want her to see that I am not whole and that I want to run away – like my mother.”

The Positive Statement Melinda created was: “I have powerful visions and move from my heart in decisions of how to heal myself and others.” This statement reflected her desire to learn various healing arts so she could help herself and others.

The Mind Resistance, which is the mind’s resistance to what the heart really wants, is mostly about fear and the resistance to change. Melinda chose the statement: ‘I have to be better than I am to be loved.’ This meant that her mind-brain was driven to take classes, to learn new healing art modalities, out of a negative belief that she needed to be better than she is in order to be loved. This was the belief she had as a child; that if she were better in some way, her mother would love her and spend time with her; bond with her. On one hand, Melinda wanted to learn and become ‘better,’ so she would be loved, but on the other hand she didn’t want to let go of the memory of her mother, no matter how painful. This helped her connect to why she did so much ‘work’ around this issue but always felt there was a piece missing; a piece of the puzzle that wouldn’t let her resolve the issue. She suddenly got the insight that there was never anything wrong with her. “I am okay and loved just the way I am.”

For integration and closure, Melinda needed: ‘White Light of Unconditional Love.’ Using her talent for visualization, she could see this white light coming from her heart and connecting to the heart of her mother, and next to her grandmother, and finally to her daughter’s heart. She said, “It looks like a polygon; it has geometric shapes.” She said she felt a lot of love, unconditional love, buzzing in her head, heart, face, and arms. A few moments later, she said, “I am now quiet inside.”

Several months later, Melinda shared that her relationship with her daughter had definitely changed since her Scalar Heart Connection session. She said it donned on her that her loyalty to her mother had prevented her from having a better relationship with her own daughter. “Most importantly,” she explained, “I realized that my daughter doesn’t know what perfect mothering is anyway. For that matter, neither do I. So we are both free to create whatever we like that is safe and playful for both of us. I now easily and joyfully look into her eyes and stay there without pulling away, without guilt, without fear, without depression, and that is a huge gain for me.”