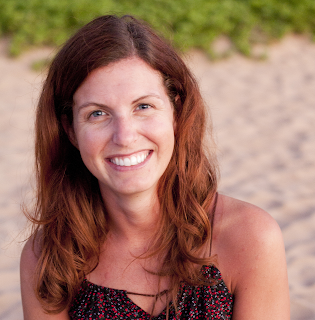 Elaine wanted to follow up on the relationship session she had with her husband John (see Part 1). Specifically, she wanted to have a Scalar Heart Connection session around the Issue of creativity and self expression, which she said was blocked. She said, “Out of fear of rejection I express to others an image of being small. I want to free myself.”

Elaine’s heart directed her to the Brow chakra and the Quantum Healing Code Archetypal Pattern 7-4-1. The archetypal personality pattern in the 7th house relates to Issues with relationships and feelings of isolation that arise from unresolved issues or suppressed feeling from the past. The Obstacle in the pattern is in the 4th house which calls us to look deeply into issues from childhood, where we are taught to suppress our feelings. We are called to re-connect to that small voice of heart-wisdom from within. The Action in the 1st house relates to learning to embrace the sense of identity in relationship to others without becoming controlling or dominating. It is about getting what we want in a heart-felt and compassionate manner.

The Emotion over-activated by the issue of creativity and self expression was “Over exhaustion.” Elaine said she has been chronically ill for a long time. “I am just always exhausted.”

The session then directed Elaine to ask her heart to show her a number related to the Negative Mind-Brain Conditioned Reaction surrounding the unresolved emotion of being over exhausted. He heart showed her the statement: “I am disconnected from my heart’s intuition and higher knowing.” We found in her earlier relationship session that the heart’s positive response message was “My inner voice communicates with me clearly and willingly.” Elaine said, “Whenever I act from my knowing it looks like chaos and abandonment. So I don’t always trust my inner guidance. I don’t trust myself or spirit.”

Elaine’s heart directed her to the Positive Heart Message: “I interact harmoniously with others.” Elaine said that felt foreign to her. “I am always being judged for being me. I am the product of a failed abortion. My mother never connected with me. I feel isolated from others and aborted over and over again.” Elaine shared that she has skin cancer and that she views skin as representing separation and identity. For her, though, there is a certain resonance of mutilation involved. She is also extremely chemical sensitive. “I can’t feel safe anywhere. I can’t express myself. People misunderstand me and I feel isolated—aborted.”

The Organ meridian involved was the “Nervous System,” which made sense to Elaine because she said she has had a constant headache since she was 24-years-old (41 years).

The Level of the unresolved issue of creativity and self expression was held on the “Energetic” level with the specific statement: “Sympathetic response causing you to suffer.” Elaine said it was most likely a sympathetic response to the abortion attempt.

We next needed to identify the Earlier Experience that set off the trauma, upset, and limiting belief. Elaine’s heart directed her to “Genetic/Ancestral.” The ancestor involved was identified as her mother. Elaine said her mother was 16-years-old when she became pregnant. She said her mother was concerned about how others would judge her and thought this might have been the primary motivation for wanting an abortion. Her father married her mother five months into the pregnancy. She also realized that her mother didn’t get to live the life she envisioned for herself. “I am the scapegoat for that.”

Next, Elaine’s heart directed her to The Unmet Heart Need statement: “Unity in Community.” Elaine said, “Perfect! I never have unity in my family, not even in the womb. I started with enemies. I’m no longer connected to the business I helped run with my husband. I am an outsider with my two boys and the business. I don’t feel seen or heard by my husband. I have only had one ally in my life, my dad’s dad. Out of fifty-two grandchildren, I was his favorite. He protected me. He saw my parents were having a baby that wasn’t wanted so he stepped forward and took on the job of really loving me.” Elaine then realized that her grandfather saw a situation and the situation was not about her personally.

The Cellular Memory Trigger was “Things.” Elaine said, “It’s just things. Not anything in particular. It is just things that set things off—one thing or another.”

The Archetypal Hero Pattern that Elaine’s heart chose was the pattern 12-4-6. The number 12 represents the 12th house and is where we find the archetypal energies surrounding the Issue. Issues in the 12th house tend to be about dissolving old personality crystallizations or feeling stuck trying to conform to other’s expectations.

The 4th house is the Obstacle, where we are called to look deeply into unresolved issues from the past. This is the same house that came up in the Quantum Healing Codes Pattern at the beginning of this session.

When we find the Action in the 6th house we know we are being asked to move away from judgmental thinking and towards discernment or keen insight. Discernment allows us to see through the eyes of the heart. This allows us to analyze our behavior, actions, health, and ways of being that are related to the community beyond our individual personality. This is a form of the death of self, of ego-self. The 6th house is the house of Virgo where we serve as an apprentice to learn to be of service to others.

Elaine was next asked to tell the Story of what she understood her heart to be telling her. She said, “I get stuck. My survival pattern looks at what I think others want me to do or to be. I totally abandon myself and my creative expression in order to conform to others’ expectations so I won’t be aborted. I need to wake up to my purpose and outgrow the abortion. My Divine spirit was wounded in the womb, but it is now time for me to get out of the emotional soup of feeling aborted all the time. Otherwise, I am short-changing myself and others by not stepping into who I really am. My mom is like an ostrich. She doesn’t like to look at it (our lack of connection and what happened). She is now going blind and deaf. My mother was a twin and her mother almost gave her away during the depression. She was aborted in her own way. Ultimately she was kept, but she probably never felt a part of the family. I am repeating her experience.”

Elaine then created her Positive Statement: “My Divine energy and spirit flow from my authentic self and I interact harmoniously with others (not from a place of survival, but as an expression of the Divine).

The Mind Resistance to Elaine’s Positive Statement was “I fear being nothing.” Elaine said, “Because I have believed I am nothing. If I act harmoniously with others it might make me disappear. It is the only pattern I know. When I stir up the pot I force people to deal with me and their attempt to abort me. I am the Aborted One.”

The Quantum Healing Code the heart chose for Elaine was the interval 417 & 852. The frequency of 417 cps is related to the Pelvis chakra; the center connected to childhood memories and our deepest desires. The frequency of 852 cps is the vibration of the Crown chakra and the connection to the Divine. Elaine’s heart gave her the chord that transmutes the emotions of the past to a connection to our authentic self and the Divine.

In order to Integrate this session, Elaine’s heart directed her to express a regret. Elaine said she regretted that she abandoned herself.