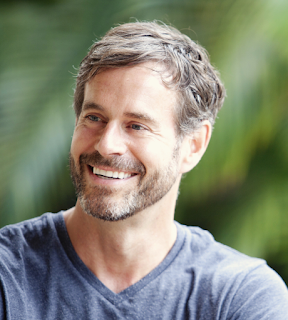 John wanted to follow up on the relationship session he had with his wife Elaine (see Part I). Specifically, he wanted to have a Scalar Heart Connection session around the Issue of being slow to change.

He said he had just completed a session in which his grandmother came up in the Genetic/Ancestral section. The Negative Mind Resistance at the end of that session with his grandmother was “If I change I will die.” John thought the aspect of his grandmother coming through in the session was interesting because he doesn’t know the identity of his real grandmother. Apparently, his grandfather drank a lot and somewhere in an alcoholic state got a woman pregnant. His grandfather’s wife (he calls her ‘fake’ grandmother) put a pillow under her dress and pretended to be pregnant in order to protect the family honor. The emotion that came up in that session was “terror.” John imagined that his ‘real’ grandmother must have been terrorized by the thought of giving up her child. She may have also anguished over not being able to support herself and the baby.

John’s mother grew up with a disruption in the natural order or connection of love. As a result, John said she was not big on change. “She mostly wanted to make everyone happy. She had her own business and worked all the time.” John heard himself in the statement: “she worked all the time.” This was one of the complaints brought up by his wife in the earlier relationship session. Both John and his mother identified themselves with their work. There is no separation between themselves and what they do.

To begin the new session, we first needed to know the chakra or emotional center holding the disharmony around change. John asked his heart to show him a number and he received the number related to the Pelvis chakra. The Pelvis chakra is energetically related to the bladder and kidneys. John said he was born with a horseshoe kidney. His kidneys never separated.

The Quantum Healing Code Archetypal Pattern for the Pelvis chakra is the pattern 4-1-7. This pattern provides a deeper look into the subconscious nature of the session. It informs us that John’s Issue around change is related to childhood memories and a subsequent sense of low self-worth (4th house). The Obstacle in the 1st house is a call to be courageous, heartfelt, and purposeful in response to life’s problems. The Action needed to rise above the wounds of the past lies in embracing heart-consciousness in relationship and community (7th house).

John asked his heart to show him the number related to the Emotion that was over-activated in the Pelvis chakra. His heart showed him the number connected to the emotion “Desires.” John said he wanted to spend more time with photography. “I like working.”

The Obstacle or the Negative Mind-Brain Conditioned Belief John’s heart showed him was connected to the statement: “I am weak.” John felt this statement was connected to his weak will about change. He also connected this to his ‘real’ grandmother’s lack of power to change what happened to her.

The Mentor Organ that John’s heart identified was the Kidneys and the statement: “I am powerful and have control over my life.”

The Level of the unresolved issue of not being able to change was identified by John’s heart as being held on the “Energetic” level with the specific statement: “Connection to another person or group causing you the same problem.” John felt this was a direct connection with his mom and ‘real’ grandmother.

The next section of the process is the Earlier Experience. John’s heart led him to Genetic/Ancestral, which we expected. However, the heart directed us to John’s father, which was totally unexpected until we looked into it further. John’s father was a photographer. He also worked a lot and was married to a woman John described as being much like his wife. John’s father re-married sometime after John was born to a woman who was concerned about social status. She didn’t approve of John’s wife and didn’t hide her feelings. At one point John told his dad that his step-mom needed to stop her negative talk towards Elaine or not talk to them at all. The result was that John’s dad disinherited John and his wife.

John’s heart then directed him to the Unmet Heart Need of “Understanding.” John said his dad’s wife was demanding. She didn’t understand him and his needs. John felt a resonance with his dad on this level because Elaine doesn’t seem to understand that he needs to work because he is responsible for supporting three families (his and those of his two sons).

The Cellular Memory Trigger was “Sounds.” John said when Elaine raises her voice it triggers a defense or a wall and he shuts down. He said his dad was different in that he would jump into an argument with his step-mom, but she would always win (“I am weak”). John felt the Story or message that his heart was telling him was that he is repeating old patterns from people before him. His dad was also a photographer and his wife also ran the business (money side). He realized that his sense of responsibility might be a trap. He said he wants his sons to have a balanced life between work and spending time with their families—“at least more than I am having.”

With the information and insights John received from his heart, he created the Positive Statement: “I embody change easily—I am ready and willing to step into a new pattern of spending more time in Hawaii, with my wife, and doing what I love.”

John’s Positive Action was “Other.” He said “My positive action is to go home right now and be present for my wife.”