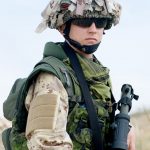 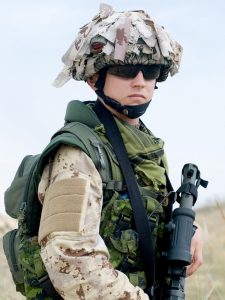 Ron wanted to have a Scalar Heart Connection session so he could ask his heart about his relationship with his daughter and also about his marriage.

Ron asked his heart to show him a number related to the chakra emotional center holding the discordant resonant pattern around the Issue with his wife and daughter. His heart showed him the number corresponding to the Heart Chakra.

The Quantum Healing Code Archetypal Pattern for the Heart Chakra is #528. This pattern places the Issue in the Fifth House of Leo. The Fifth House is activated when the Hero holds back from fully expressing their individuality, their power, or full potential. This may manifest as problems with creativity, self-expression, self-confidence and/or a sense of purpose. The Obstacle in the 528 pattern is in the Second House of Taurus. The Obstacle in this house is more of a challenge. It is the challenge to discern what is truly valuable and useful for the Hero’s evolution. The Hero is called to strengthen their gratitude for what they do have and to become mindful of the needs of others. The Action the 528 pattern calls for is to overcome feelings of guilt or shame, blaming others or trying to control others (Eighth House). The Hero is called to go deep into the feelings that they have learned to ignore. Only then will the Hero emerge transformed or reborn into a state of unselfish love.

The next step in the Scalar Heart Connection process is to find the specific emotion that has become activated by the Issue. Ron’s heart showed him the number connected to the Emotion of: “Selfish.” Ron said he didn’t really feel selfish in regards to his daughter. He said she grew up with her mother and not with him. He felt that ‘Selfish’ probably applied more to his wife, since he put his career before the marriage.

Next, Ron needed to find the Negative Mind-brain Conditioned Reaction to his Issue and the Emotion. He chose the number related to the mind belief: “I am unable to cope with my feelings, so I withdraw into myself.” Ron said that his efforts to help his daughter with a bad situation she is in had backfired. As a result, he felt it was in everyone’s best interest if he withdrew. Regarding his marriage, he said it was easier to stay out of arguments with his wife. “The military taught me to take orders. I was trained to produce results, to get the job done. It is easier to meet objectives when I don’t have opposing forces on my own side.”

The Positive Heart Response Ron needed to reprogram his mental belief was found in the number related to the statement: “My heart is open to give and receive love easily.”

The Organ Mentor was also the heart with the statement: “I love from my heart unconditionally.” Ron said, “My daughter is in a bad place, but I still love her. I try to help her. It was hard for me to understand that I can’t do it for her. It hurts to stay away, but I show my love for her that way. I have a long history with my wife and how she feels about how I did my job. I understand that she is different than me and has different things that bring her joy and how she spends her time, but I still love her. She has supported me and helped me with physical problems. I also need mental health counseling . . . Am I crazy? Am I broken? I compare myself to everyone I come in contact with: my peers and my spouse. I have withdrawn so much that I don’t have many friends. I believe I should be doing certain things, but I don’t. I don’t exercise. My mind is always racing. It is all the source of the arguments in my marriage. That and how I try to help my daughter. I am now retired from the military after four tours of duty. I should be ready to do the next thing, but I am not sure who I am or what I should do. I operate from a place that is without emotion. It is a safe place for me to be. I need to start talking. Maybe I need to start by talking to myself about how I feel. I could start a journal. I can just write about how I feel.”

Ron’s heart wanted to show him where the Issue originated. His heart showed him that the Earlier Experience was an Age. The specific age he was shown was age 29. Ron said that was the age when he got married. “I was married in August and in October I left for my first tour of duty. That was when my marriage issues started.”

Ron was directed to the Unmet Heart Need statement: “Positive touch.” Positive touch is the antidote to the Emotion “Selfish.” Positive touch generally comes up in sessions where there is a lack of bonding from infancy. In Ron’s case, he had the sense that he was selfish about his career in relation to his marriage. From that perspective, his military training did not promote positive touch, especially the touch that is from heart to heart. This helped him better understand the deeper meaning from the Positive Heart Response: “My heart is open to give and receive love easily.”

The next step in the process is to find The Archetypal Hero Pattern. This pattern places the Issue into a deeper subconscious framework. Ron’s heart showed him the pattern #4-8-10. According to this pattern, the Issue is, on a deeper level, about Ron’s emotions (Fourth House). It reflects Ron’s desire for emotional security by ignoring unpleasant memories from the past. The archetypal energies of this pattern are preoccupied with helping Ron re-examine his purpose and to help him integrate his emotions. The Obstacle in this pattern is in the Eighth House, which is also about integrating emotions. In this case, however, the emotions are held deep within our subconscious. These are the hidden memories, feelings, and psychological challenges that are sometimes difficult to face and to integrate. When we repress these feelings and emotions we can become angry, isolated, depressed, and/or controlling. Our social conditioning has taught us not to express our true feelings, but instead to put on a mask that is socially comfortable. The Action in the #4-8-10 pattern is in the Tenth House, ruled by Saturn. This is the house of structure and limitations. Here, the Hero is asked to break out of self-imposed limitations and restrictions and to become a member of society. They are being asked to reconnect with their sense of self-worth, to reconnect with the wholeness of unconditional love for themselves and to share their knowledge and experience with others.

The next step in the process is for Ron to identify what his heart is saying to him (the Story). Ron said his heart is saying that it is okay to talk about his experiences and feelings. “No one has to have an opinion about it. It is good just to get it out. I am here to help people and to help make their lives easier. Maybe I can start by writing my feelings in a journal. I can also share my feelings with my wife.”

With a clear understanding of the guidance he was receiving from his heart, Ron created the Positive Statement: “It is okay to talk and write and share my feelings.”

In order to ensure Ron is one-hundred percent in alignment with his Positive Statement, he asked his heart to show him a number related to the Mind Resistance. His heart showed him the number related to the statement: “I need to be right or I will die.” Ron said that his mind has always believed that he has to be in control over his emotions. In active duty you have to be in control of your emotions or others might die. He shared that radio operators under fire that became emotional jeopardized getting proper messages through for support. If the radio operator became emotional others could die as a consequence. Ron said this applied to his role as a unit leader. He now realized that he needed to make a distinction between his military career and being in civilian life with human beings who are emotional beings at heart.

The Quantum Healing Code his heart wanted him to listen to was the track that contained two codes: #528 and #639. This chord connected the heart chakra (528) with the throat chakra (639). It is the vibration of connecting unconditional love with his creative voice—speaking his feelings through his heart.

A few days after this session, Ron shared that he had had a breakthrough with his wife. He said they were talking about his expectations and about how he realized he had been holding on to his feelings. “I was able to communicate to her that I really needed her to ask me questions rather than provide solutions when I need help with something. For example, I mentioned that I wanted to start to work out again (It has been well over a year since I stepped into a gym). She immediately replied, “That’s great, I can’t wait until we start working out together.” My reply? Silence… I felt as if she took my idea and put her definition and boundaries on to it. And then a miracle happened. After an hour of discussion about communication and expectations, I was finally able to put into words what I could never do before. I told her that I would rather her response to the idea of my returning to the gym be: “Wow that’s wonderful, what does that look like for you?” She understood what I was getting at and committed to doing it. I’m not sure how I came about expressing this new way of communicating with her, but I’m glad it happened. I feel better, but I know I have a long road ahead. Thank you, Heart, for your patience and understanding.