Picking up Energy from Objects

HomePicking up Energy from Objects 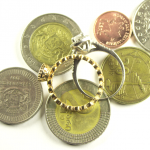 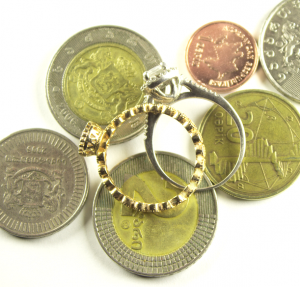 During a Healing Circle with Simone Arrojo and Stephen Linsteadt, Miranda was called to have a Scalar Heart Connection session. She said she wanted the session in order to know why she put other people’s needs before her own. She asked, “Why is it so hard to take care of my own needs?”

Miranda’s heart showed her that the emotional center involved in her discomfort was the Pelvis Chakra. The specific Emotion that was over-activated was “Anxiety.” Miranda said it was true that she is prone to feeling anxious.

The Negative Mind-Brain conditioned belief around her Issues was: “I am envious and resentful of what others have.”

Miranda’s heart wanted to replace her negative mind-talk with a Positive Heart Message. Her heart showed her the number related to the new belief: “I have courage and strength when confronting stress and threatening situations.” She said her childhood was particularly stressful, especially around her father, who was violent and authoritarian.

The Organ that was weakened by the negative belief was her Kidneys. The statement needed to bring coherence to her kidneys was: “I have reserves of energy and vitality.”

The Level of Miranda’s Issue was “Energetic.” Her heart informed her that she was picking up energy from an object. She said she had many objects from her mother, who passed away eighteen years ago. “My father also comes over and brings me coins and newspapers. My relationship with my father has improved since my mother passed away. Their relationship was conflicted. She died of an aneurysm.”

Simone asked Miranda if she was married.
MIRANDA: “No. I am divorced.”
SIMONE: “Did your husband marry again?
MIRANDA: “No, but he is dating and I am at peace with that.”
SIMONE: “How long have you been at peace with that?
MIRANDA: “Since I did a family constellation about it.”
SIMONE: “The phrase, I am envious, came up and I thought about this. Do you still have your wedding ring?”
MIRANDA: “Yes, I still have it and sometimes I miss those days.”
SIMONE: “We say vows at our wedding, but in cases of divorce it is important to leave those vows to another phase of our lives. There must be a way for you to take the ring off, perhaps in a ritual or in a church or in another place or way. And thank those days of your marriage and then move on.” MIRANDA: “I have thought about that but I didn’t want to throw away a gold ring.”

Miranda’s heart showed her that the Unmet Heart Need or what was missing in this situation was “Courage.”

The Earlier Experience behind Miranda’s Issue was: “Collective Unconscious.”

Next, Miranda asked her heart to show her a number related to the Archetypal Hero Pattern. Her heart showed her the number related to the 5 – 1- 11 pattern. This pattern places the Issue in the context of the Fifth House of the zodiac, the house of Leo, which is concerned with a sense of purpose. This archetypal pattern comes up when people are holding themselves back from fully expressing their individuality, their power and full potential. In Miranda’s case, she was avoiding her power and potential by placing other people’s needs before her own. The First House in this pattern is the challenge. The First House is the house of Aries, which is about learning to embrace our sense of identity and self will. It is a call to be courageous and purposeful. The number eleven in this pattern is the action our heart is encouraging us to take. The Eleventh House is the house of Uranus, which is about breaking out of old, negative, and limiting beliefs. Through unpleasant experiences with the world, we learn to suppress our emotions around old wounds and traumas. We also learn not to draw attention to ourselves or take the initiative. Miranda’s heart was asking her to leave the past behind and instead move towards the future and share her wisdom and spiritual knowledge with the community, knowing she belongs to the Whole.

From everything that came up in Mirands’s session, she wanted her Positive Statement to be: “I have courage and strength when confronting stress and threatening situations.”

Simone asked Miranda if she had a purpose for her life. “Did your husband decide a lot of things for the couple?” Miranda said, “Yes, just by my not doing anything.”

Miranda’s heart showed the Quantum Healing Code: “Open Heart Chord.” She needed to listen to this while making figure-eight motions with her hands over the front of her body.

The final step in the process is for Integration and Closure. For this, Miranda’s heart asked her to “Appreciate” herself.

Practitioner notes: Every session leads to a Way-In. This Way-In leads us to what the client keeps hidden. What we hide is our authentic Self. Our Issues arise when we lack the courage to be who we are. In Enneagram terms, we build a mask between ourselves and the world and live through a fear-based interpretation of life and human relationships. This session is a perfect example of how the Way-In can show up in the Level of the Energetic. Specifically, the energy of an object. As practitioners, it is helpful to keep our eyes on these subtleties. Simone heard Miranda mention that her father brings her coins. Coins are valuable. Simone then picked up on the gold ring. The gold ring symbolizes marriage and we already had information that Miranda’s parents had a conflicted marriage, even to the point of the father being violent and authoritarian. Miranda said she had done a family constellation around her relationship with her husband. This may explain why Miranda’s heart showed us that the Earlier Experience was from the Collective Consciousness and not specifically from the family system, although we can assume Miranda’s childhood had a lot to do with her anxiety and fear of pursuing her own needs. There was a sense that Miranda already knew this and and therefore a constellation would have been redundant to the awareness Miranda was experiencing so far in the session, particularly since Simone had pinpointed her lack of courage to move on with her own life and needs. This was affirmed with the heart showing Miranda that what was missing was the resonance of courage — the courage to move forward purposefully and authentically. The Archetypal Hero Pattern also spelled this out succinctly. At the end of the session Miranda was asked how she felt. “I feel lighter,” she said.