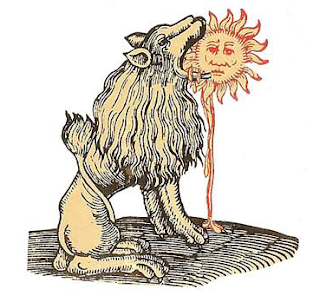 Janet received a Call to Adventure when she got into a car accident. It was her fourteenth. She wanted to do a Scalar Heart Connection session to see if she could get to the bottom of why she continued to have car accidents.

During her session, her heart directed her to the pelvis chakra and the emotion: “cravings.” She immediately identified the feeling of craving with wanting to feel nurtured by her father. She related that when she was four-years-old, she was in a car accident in front of her house. She remembered her father climbing over a four-foot fence and running to see if her mother was okay. Her mom was pregnant and had already lost a baby to a miscarriage. Her father, concerned with the well-being of the unborn baby, inadvertently gave his four-year-old daughter, shaken in the passenger seat, the impression that she was not important. Janet said, “It made me feel that I am not valued.”

The next step in the process was to pick the negative or imbalanced mind-brain conditioning statement. Her heart chose the number related to the statement: “I suppress and anesthetize my feelings.” Janet agreed that she had not found the root to the feeling that she was somehow not enough. She wondered out loud if all her subsequent car accidents were connected to a sub-conscious desire to see her father run to her.

The positive heart message she chose was: “I celebrate my uniqueness.” This statement felt to Janet like an echo of a session she had the day before in a workshop, where she became aware of her mind-talk that said her feelings are dangerous and she could never live up to the hope of the family. She then had the insight that her earlier experience at age four created a pattern of not being willing to receive love from others.

Next, she chose a number for the Unmet Heart Need, which was the statement: “Faith.” The resonance pattern of not being able to receive love from others shouted over the vibration of faith. She lost faith in God that she was protected. She felt life was dangerous and at any moment the carpet could be pulled-out from under her – that she could be in a car accident any day.

The next step in the process is to determine the Archetypal Hero Pattern. Janet’s heart directed her to the 9-5-3 pattern. This revealed that the issue of wanting to feel nurtured was really a call to finding meaning and purpose. The first number, the number nine, is the ninth stage of the Hero’s Journey, where the Hero obtains the Reward. The Reward is the joy we experience when we realize we are already enough. The 9-5-3 pattern informs us that the Obstacle, the middle number, is in the fifth stage of the Hero’s Journey. This is the point where the Hero steps into their personal power and Accepts the Call to Adventure. This was Janet’s Obstacle as her mind had convinced her it was safer not to express her feelings –her craving for acceptance. This sub-conscious belief prevented her from fully expressing herself and her creativity. The Action is the third number of the pattern. In this case, the number 3. This is the Hero’s Refusal of the Call. For Janet, she was being called to overcome her mind’s judgment of herself based on her perception of how she thinks others accept her. The action was to push through her fears and to be what she can really be without all of her limiting beliefs.

From everything that came up in her session, Janet created the Positive Statement: “I am nurtured from within and I share my light with all.” She was then asked to pick a number related to her mind’s resistance to her Positive Statement. She chose the number related to: “If I change I will abandon those I love.” Lurking in Janet’s subconscious was a fear that her friends and family would run away from her if she embodied self-power. Janet could now see and understand what had been holding her back all these years.

To help bring the resonance of Janet’s Positive Statement into a new neuronal pattern, she needed to hear the Quantum Healing Code track #16, which is the code 528 and 639. The code 528 is the vibration of the heart and 639 is the throat chakra, the center of personal expression. This combination of frequencies helped Janet bring her new connection to her heart into creative expression.

After listening to the codes, Janet could see herself embodying the positive elements of the fifth house (Leo), which is the Hero’s Acceptance of the challenge, and related to the heart chakra. She could see herself as the bold lion.