Meeting the Challenge of Our Life Purpose 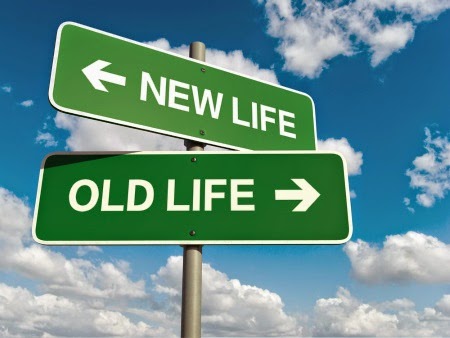 Terry wanted to do a Scalar Heart Connection session because she was having trouble sleeping and felt tired all the time.

Terry’s heart directed her to the throat chakra as the center holding this issue. The Quantum Healing Code Archetypal Pattern for the throat chakra is the 6-3-9 pattern. This pattern informs us that Terry’s issue of feeling tired is related to a lack of well-being arising from mind-brain conditioning that judges self and others. This pattern also informs us that Terry’s solution is to realize that she doesn’t have anything to prove and that she is connected to the Divine.

Next, Terry’s heart directed her to the over-activated emotion in the throat chakra: grief. Terry recognized the emotion of grief and related it to her sister who died as a young child.

Terry’s heart then showed her the Negative Mind-brain Conditioning around her issue: “My creativity and self-expression is blocked.” Next, her heart showed her the Positive Heart Response: “I deeply appreciate and accept myself.” There was also an Organ Mentor, which was the lungs with the statement: “I am infinity valuable.”

The Level of the unresolved issue of being tired all the time was: Psychological. Specifically, it was a phobia of public speaking.

There was an Earlier Experience around the age of thirty-three that created the Unmet Heart Need of: “Acknowledgement.” And the Trigger for this was a “Behavior.” Terry recalled that at age thirty-three, she was working at a job where she felt her skills and experience exceeded those of her boss. Therefore, she thought she needed to be careful not to offer too many suggestions that would make her boss look bad. She made herself small and subservient and consequently believed she couldn’t be acknowledged for her creativity and intelligence. Thirty years later, the thought of leading a group or sharing her knowledge with others drained her energy. When her energy is drained she is reminded of her father, who always seemed to her to be sad when she was growing up. She thought he was sad after her sister died, and always suspected that he carried grief from watching his buddies die and other episodes from the war that he never talked about. She valued her relationship with her father, who gave her support and acceptance. He died when she was eleven-years-old.

Terry’s heart directed her to the Hero Archetypal Pattern, 12-8-6. This pattern places the Issue in the Twelfth House, which is about dissolving old personality crystallizations. Here, the Hero can sink into escapism and denials. They may feel stuck trying to conform to other’s expectations. This suggests that ‘feeling tired all the time’ was a way of avoiding the challenge of facing life head-on. Terry lacked motivation because her earlier experience taught her it was safer to hide her true essence and power. The Obstacle in the 12-8-6 Hero Pattern is in the Eighth House, which is a challenge for the Hero to integrate deeply hidden memories and feelings. Here, the Hero learns to transform suppressed energies into desires for achieving group goals. The Action needed by the Hero is found in the Sixth House. The Sixth House is about the potential for perfection. It is the Hero’s stage of tests and trials. The Hero is called to overcome their tendency to be overly critical of themselves and others. They take action to grow beyond the preoccupation with their individual personality and learn to be of service to others. This is related to the Positive Heart Response: “I deeply appreciate and accept myself.”

From what was revealed to Terry by her heart, she created the Positive Statement: “I am connected to my essence.” Terry became conscious that she is not the subdued personality she assumed from her life’s experiences. Instead, she is connected to the Divine and is infinitely valuable.

Terry embedded this new vibration into her body-mind-spirit with the Quantum Healing Code interval 396 & 528 along with making figure-eight motions with her left hand over her heart.

Three weeks later, Terry reported that her chiropractor suggested she try a GABA precursor to help her sleep. After taking the supplement, she slept like a log but was still tired during the day. Terry realized that the solution was not directly related to a lack of sleep and wanted to do a follow-up Scalar Heart Connection session around the lack of energy and feeling tired.

The follow-up session revealed that the Issue of low energy and feeling tired was held in the crown chakra and related to ‘meaning and purpose.’ Terry’s Negative Mind-brain Conditioned Belief was: “I have to suffer.” The Positive Response Heart Message was: “I am part of All That Is.” The Cellular Memory Trigger was: “Smells.”

Terry said she had recently started smelling scents that reminded her of her trip to India. She described the smells as good smells. She was even noticing smells from India in her dreams. She had gone to a spiritual center in India and while there suffered a seizure from heat exhaustion and was hospitalized. She said she was not ready to move into her life purpose at the time and went unconscious – literally. She felt her purpose was to share her light and wisdom with others. “I think I want it but subconsciously I now see that I hold myself back.”

Terry was now ready to create the Positive Statement: “I trust the Divine.” To embed this new vibration in relation to stepping into her life purpose, her heart directed her to listen to the Quantum Healing Code intervals 639 & 852; the tones for self-expression and connection to the Divine. Terry realized how she had used being ‘tired all the time’ as a mechanism for avoiding her calling.

The follow-up session took the Issue to the core of the subconscious behavior pattern that was sabotaging her desire to share her gifts with others. She slept soundly that night without the supplement and felt energized the next day.