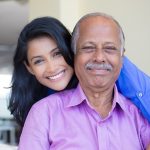 Marissa was having a flareup of vertigo. Her vertigo started many years ago when she was under a lot of job stress. Days before she started feeling dizzy, fatigued, with bouts of vomiting and diarrhea. She wanted to ask her heart what was behind her illness.

Marissa’s heart told her the Issue was related to the Root Chakra. The Root Chakra comes up when we are preoccupied with fear and concern for our survival.  It is also about family and our tribe in terms of safety and belonging.

Marissa’s heart told her that the motivating Emotion behind her Issue was “Greed”. This comes up when there is something we strongly desire and consciously or unconsciously we never feel satisfied. When ‘Greed’ comes up, it is usually best not to try and figure it out right away but wait to see how the heart brings clarity later in the session.

The Negative Mind-Brain conditioned response or the Obstacle was the statement: “I need to worry in order to live.” Sometimes worry and anxiety makes us feel alive. We could also replace the word ‘worry’ with ‘my illness.’ Marissa had not considered how closely she had become identified with ‘my vertigo,’ ‘my illness.’ Together with the emotion of ‘greed’ we can consider the possibility that there is something she gains by having the illness. We will avoid making guesses and instead ask Marissa’s heart.

Marissa’s heart provided the Positive Response message, “I know, in my heart, that I can support myself.” Again, we find evidence that there is an issue of survival, perhaps coming from an earlier experience or an inherited pattern coming from the family.

The Organ (meridian) involved in the Root Chakra is the large intestines. Marissa’s heart showed her the strengthening statement for the Large Intestines was: “I let go of what no longer serves me now with grace and ease.” Issues in the large intestines, particularly diarrhea, can point to problems of letting go. It can be a way of showing that we are not integrating the reality that is taking place, a desire to escape a situation, or a refusal to assimilate a toxic experience. We still don’t know what it is that Marissa needs to let go. We will look to the Level and the Earlier Experience for more clues.

The Level of the Unresolved Issue was “Psychological” and behind psychological was “Depression.” From the Negative Mind statement, we learned that Marissa’s thinking is preoccupied with thoughts about survival and the tendency to worry. We also know that there is something that she hasn’t assimilated from the past. Depression can indicate a discouragement or giving ourselves time to make a decision.

Marissa’s heart showed her that the Earlier Experience was something from the Collective Consciousness. This can be a societal belief or pattern, but it can also relate to our family system of beliefs and patterns. Since the large intestines are related to the element of metal in Chinese medicine, we wanted to explore her relationship with her father. Marissa said she had a good relationship with him. “He was in Vietnam. He received a Purple Heart after being hit with shrapnel. I felt close to him when he returned from the war, but after I left home the communication became less and less. He died a couple years ago. I reached out to him before he died. He didn’t recognize me at first.

We started to see there was something unresolved with her father, but we haven’t made a connection with her father and vertigo. When asked, Marissa said her vertigo started at age 30. “I was doing a stressful job. It became a dangerous job and I think I blocked out just how dangerous it was. I was a property manager for over 400 units in an area with gangs. I had to collect rents. I felt my survival was threatened when I received death threats. At the end, gang members were showing up at my house and I felt very threatened. My father was threatened. . . most of his life was difficult. He was one of thirteen children. His mother died when he was young, and his father left all of them to fend for themselves. He was on his own at 10 years old. He died of multiple problems with his heart, lungs, etc.”

Marissa’s session was done over Skype. She was asked to find an object around her computer that could represent her father. She was asked to look at her father, to just be in his presence. She could sense his fear. She remembered that he joined the military because of his fear of not being able to survive on his own, which is ironic because it was there that his life was threatened the most.  She also saw how she was holding on to the memory of her father, in part, by remaining in his pattern of fear and worry even when it was not required, that holding on to “my illness” was a way to honor the memory of her father.

We wanted to know what the father needed. What was he missing? What was she missing? Marissa’s heart showed her the Unmet Heart Need statement: “Stillness.” “Yes,” she said, “We both just need to be still and safe. My current job is a bit stressful and there is a chance the job may relocate. I have been a bit unsettled with this. I want to feel grounded and I don’t feel still or grounded at work or at home. I think this is what is causing the flare-up, like a trigger.”

The next step in the Scalar Heart Connection process is to see if there is a Memory Trigger. Marissa’s heart showed her the trigger: “Taste.” She said that was funny because during the previous week she noticed her taste was not right. “I don’t recognize the flavor. Life has lost its flavor.”

Marissa’s heart showed her the Archetypal Hero Pattern (6-10-12). This pattern provides insight into the deeper significance of our problems on an archetypal level. This Issue in the Sixth House is about problems with health and mental well-being. It is a call for introspection to help us grow beyond our preoccupation with our selves and to learn to be of service to others. The Obstacle in the Tenth House tell us that we need to break out of feeling caged-in or limited, which can lead to depression or worry. Ultimately the challenge for the hero is to become a vehicle for manifesting love into the world. The Action in the Twelfth House is asking us to re-connects to a sense of belonging to the whole by dissolving our sense of separateness and victimization.

Marissa discovered that she was unresolved with her father. “I need to take control over my situation. I lost my direction. I need to overcome my fear of not being able to find the right steps to security and not being afraid to take them.”

From everything Marissa learned from her heart, she created the Positive Statement: “I know in my heart that I can support myself in a way that brings me security and stillness.”

To help support and strengthen her new Positive Statement she listened to the Quantum Healing Code Interval – 528 & 639. This is the vibration of the heart and the throat chakras together, which helps open our heart and strengthens our creativity and sense of purpose.