At the Heart of Being Connected

HomeAt the Heart of Being Connected 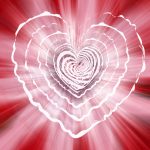 A Sufi poem says the human heart is the spiritual organ or the interface between the body and the ‘other world.’[1] The poem says it is through the special faculty of the heart that we may come to know hidden secrets.[2] The poem further explains when body and spirit strike together like flint and steel, light is created, illuminating the two worlds. Scientists prefer other terms instead of ‘spiritual’ or ‘other world.’

Almost seven-hundred years after the Sufi poem, scientists are exploring such concepts as higher quantum-state dimensional structures or non-local fields existing outside of space-time.[3] The term ‘quantum vacuum’ has also become a popular synonym. Karl Pribram, neurosurgeon and Georgetown University professor, refers to this subtle energetic field as the “spectral domain.” He views it as a fundamental order of potential energy encompassing space and time. As such, this field contains infinite intelligence and may be viewed as a hologram in which energetic information moves throughout the system.

The Sufis, Buddhists, and other mystic sects of Christianity, Judaism, and others have called this field by other names. One thing they have in common is the notion that there is a Oneness within this field that is unintelligible to the senses and cognitive reasoning. In other words, it must be experienced firsthand to fully appreciate. The vehicle for this experience is through the human heart. The Gulshan-i raz (“Garden of Mystery”) provides the illustration that this field emits a resonance or Creation Song. It also radiates light. Our physical world is the reflection of that light as if a burlap cloth were placed over a lamp and specks of light shimmered through and onto the surface of a holographic field. In this way, every individual speck of light would ‘see’ itself as a separate self-determined and independent being. What the speck would not see is the unifying light emanating from the lamp and shining through the “spectral domain.” Similarly, we don’t see the rays of the sun at night, and if we lived in a world without daytime we would be unaware that the moon is only visible due to the reflection of the sun. If we could all become moons in orbit we would ‘see’ and ‘know’ another reality. We would experience ourselves as all connected to each other and ultimately one with the sun.

The human heart also interacts with the unseen rays of this infinitely intelligent field. Researchers at the Institute of HeartMath in Boulder Creek, California have found that the heart’s electromagnetic field is linked to an energetic information field beyond the bounds of space and time. This ‘coupling’ allows the heart to receive ‘intuitive’ information “before” an event actually happens. In one pilot test, information was received by the autonomic nervous system of test subjects 6 to 7 seconds before the outcome of the event occurred.[4] More amazing, the heart received the ‘intuitive’ information before the brain. This supports other research showing that the nervous system within the heart continuously sends signals to “higher brain centers involved in perception, cognition, and emotional processing.”[5]

HeartMath has demonstrated that brain rhythms synchronize to the heart’s electromagnetic pulses, which fluctuate in complex intervals.[6] The heart’s pulsing waves of energy radiate and interact with organs and other body systems and functions. Negative emotions such as anger and anxiety cause heart rhythms to become erratic and disordered affecting the synchronization between the parasympathetic and sympathetic branches of the autonomic nervous system. Positive emotions, on the other hand, such as love, create highly ordered or coherent heart rhythm patterns.[7]

The heart is connected to the ocean of love. Love is the quintessential substance of the field. Without an open channel, we remain in an agitated state. The heart is a reflection of the higher dimensional Unity or Oneness–the whole. It suffers when it has not fully given way to that Unity. The Sufis claim that within the state of giving way to Unity, an inner vastness and radiance is uncovered.[8] Experiencing this inner vastness allows the heart to be receptive to higher states of consciousness, making one more intuitive and more empathetic to the hearts of others.

Human beings now entering the Age of Aquarius are called upon to look deep within themselves and polish the mirror of their hearts–scrubbing away old limiting beliefs and negative attitudes and emotions while buffing the lens of the heart with a positive and coherent attitude. Scalar Heart Connection® is a technique designed to help bring unconscious negative beliefs to conscious awareness so we can release them and remove them one by one from the translucent walls of the royal chamber of our heart. It is a tool to help bring human beings into greater harmony within themselves and with the planet as a whole. It is the beginning of a new chapter in the evolution of what it means to be human.

Joseph Campbell said we no longer have a story about ourselves. Others claim myths and legends take centuries to develop. Campbell asked us to start now with a new story of how humanity came together and entrained their hearts with the heart of planet Earth. It’s a modern myth–a story of change and personal growth; a story of conscious evolution. The new modern myth begins with the stories of individuals and how they awakened to their heart’s full potential.