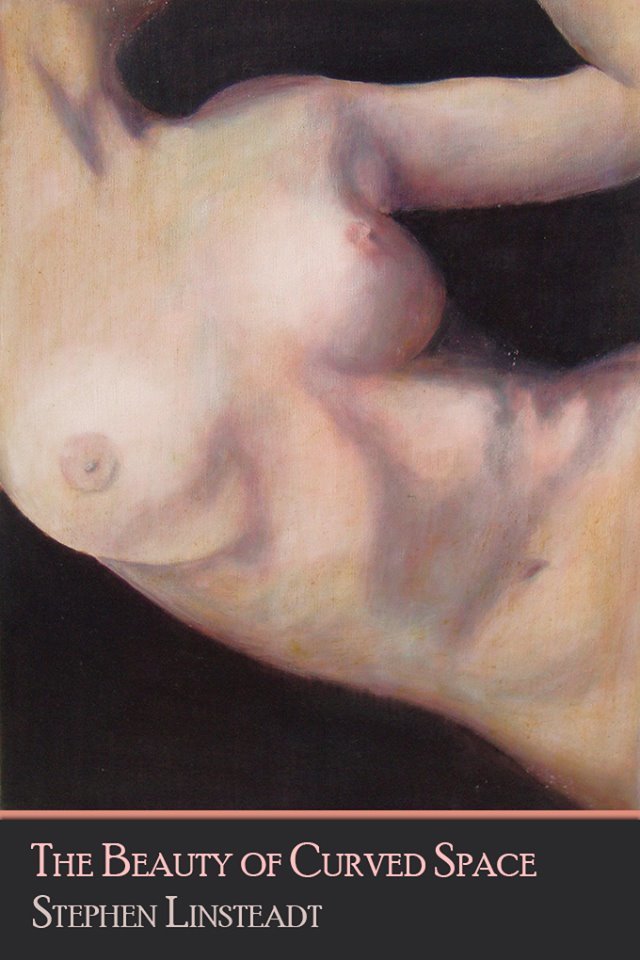 The Beauty of Curved Space

The Beauty of Curved Space (softback) – by Stephen Linsteadt

In these poems, painter and poet Stephen Linsteadt opens us to the savour of life. He wants us to see, feel, hear, taste and smell that the world, moment by ordinary or agonizing moment, overflows with enlightenments and rewards. For him, one art elides into the other. His words describing painting also describe his poems: Each line a new revelation/a mystic curve or splash-Tangible, painterly landscapes become journeys of the mind, moving from, to and towards mystery, haunted by the woman, human and divine, who slips out of paintings and into poems of the body and of the soul. This gifted poet's voice is lyrical, both visionary and grounded, often dryly aphoristic: My mind is afraid I'll break my neck/ but I'm dying anyway.

"We are all looking for secret labyrinths to enter. In "The Beauty of Curved Space," Stephen Linsteadt writes with breathless attention of the female form, noting “the round fragrant ridges” and other ways “a rose captures the nightingale.” His enthusiastic language in his poems keeps pace with desire, as if he were on “a safari of untamed expectations.” But what I love about his honest appraisal of the human form is his playfulness, letting Rumi and Hafiz play on the same soccer field of his imagination."


"Stephen Linsteadt’s "The Beauty of Curved Space" navigates the physical and metaphysical world, moving adroitly between a profoundly intuitive and cerebral nature. His voice is that of future man, comfortable between the waves of masculine and feminine ideologies. A nature informed by a visual palette which heightens his lyrical and deeply sensual insights. Just as the artist chooses his paints, so too, does the poet choose his pigments, often sensory and ecstatic where g ently lit rooms shape his female subjects and his appreciation for the feminine form and psyche. Other poems take us to shadowed landscapes, like Van Gogh’s Saint-Rémy de Provence. A place where madness is the language only warm iris blossoms understand. There are provocative specters who accompany him, the unknown woman, the other side of silence and the quantum universe which exists just outside the artist’s grasp. This is a rich and profound body of work. Like Turner, Stephen Linsteadt’s poetry reaches toward an unknown light through the literal and literary canvas."

Save this product for later
Events
Subscribe To our Newsletter